Biggar RFC has a very strong Girls programme with teams at U12, U14, U16 and U18 as well as a senior Ladies team. The Girls have brought a huge amount of success to our club with Scottish Cup Wins at various age groups with the latest success being our most recent U18 side winning the national Shield in May 2019.

Our girls section has grown rapidly over the last 8 years and how became a crucial part of our clubs setup. Through our girls section and Hypers Biggar RFC has produced many Youth internationalists in Girls rugby and the Club now wants to see the young talent transition into our senior Ladies as we aim to develop and progress the Ladies programme as well.

All our girl’s teams have their training session on a Wednesday night from 7pm to 8.30pm.

If you have any questions or want to find out how to join the Girls setup at Biggar RFC please contact our Girls convener Tammy Mitchell.

Our U12 Girls age group is for those aged 10 or 11. Training for the U12 girl’s takes place on a Wednesday evening from 7pm to 8.30pm. Biggar RFC is always seeking new players for all its age groups and regardless of rugby experience you would always be welcome at Hartree. Our U12 age group was introduced in the last few years and has proved very popular. If interested in joining please contact Girls convener Tammy Mitchell. 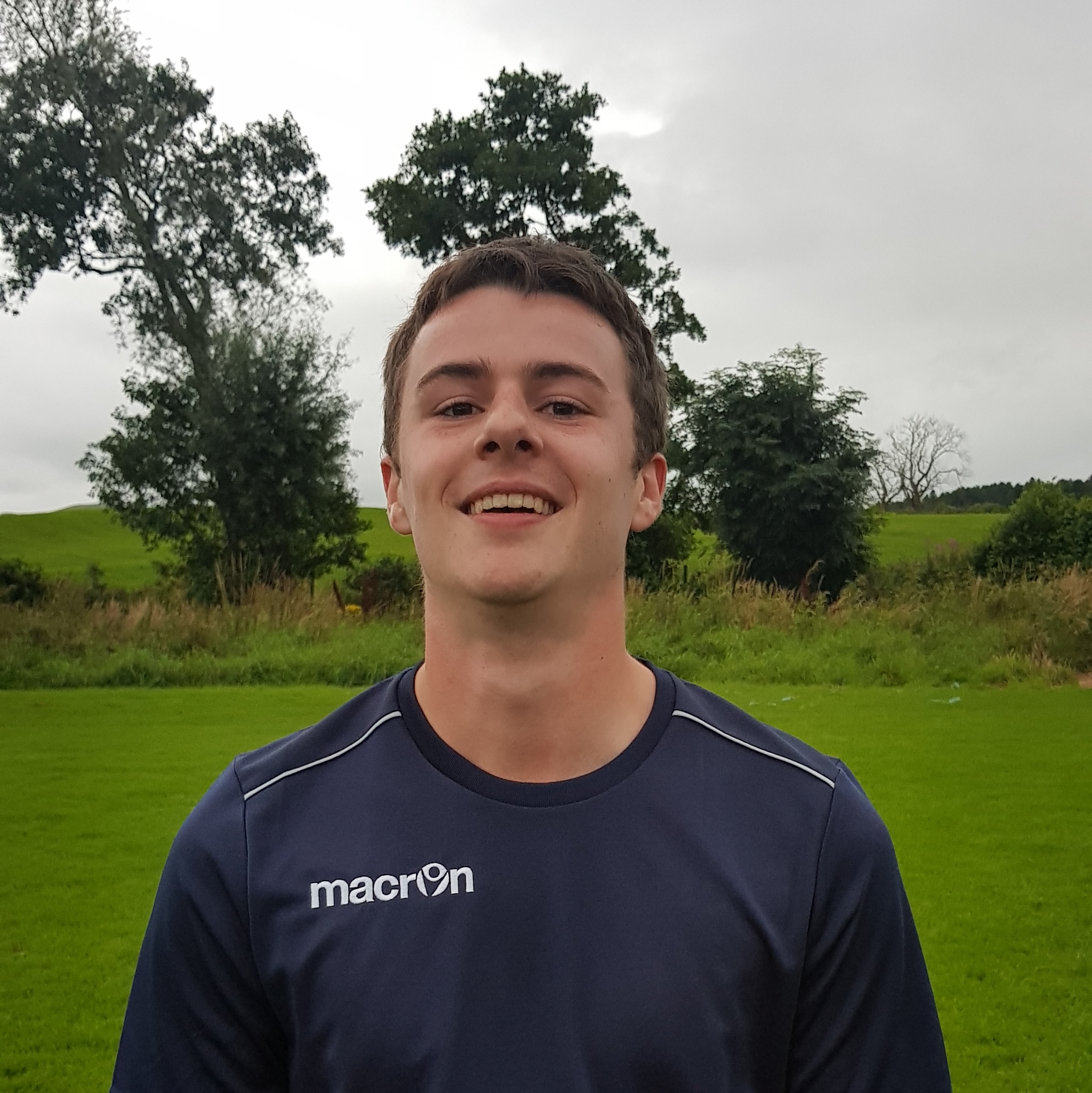 Our U14 team is for Girls aged 12 and 13. Team training is a Wednesday night from 7pm to 8.30pm, the girls also have the option to attend an academy session on a Monday evening from 7pm – 815pm with the clubs Academy coaches. 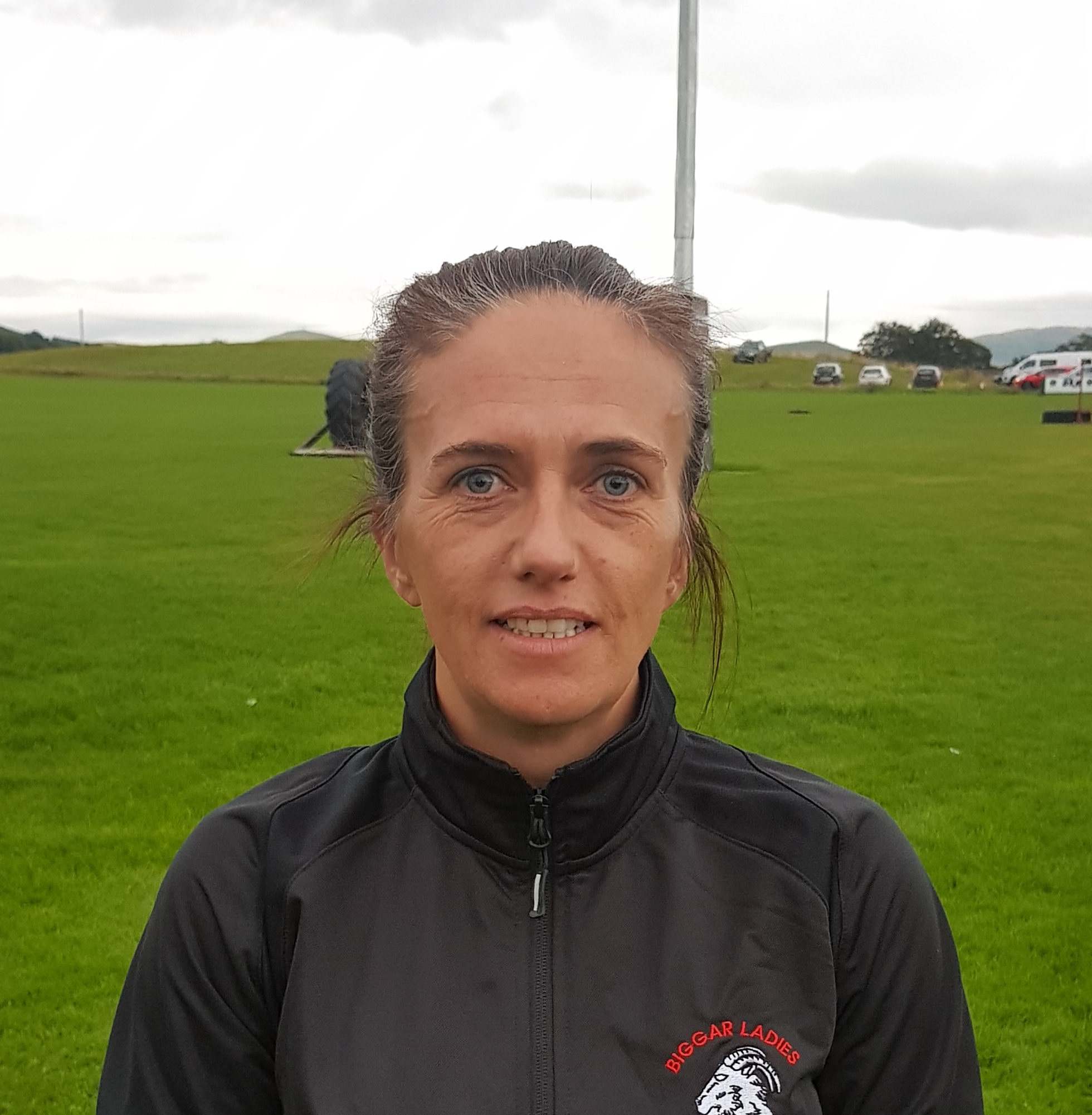 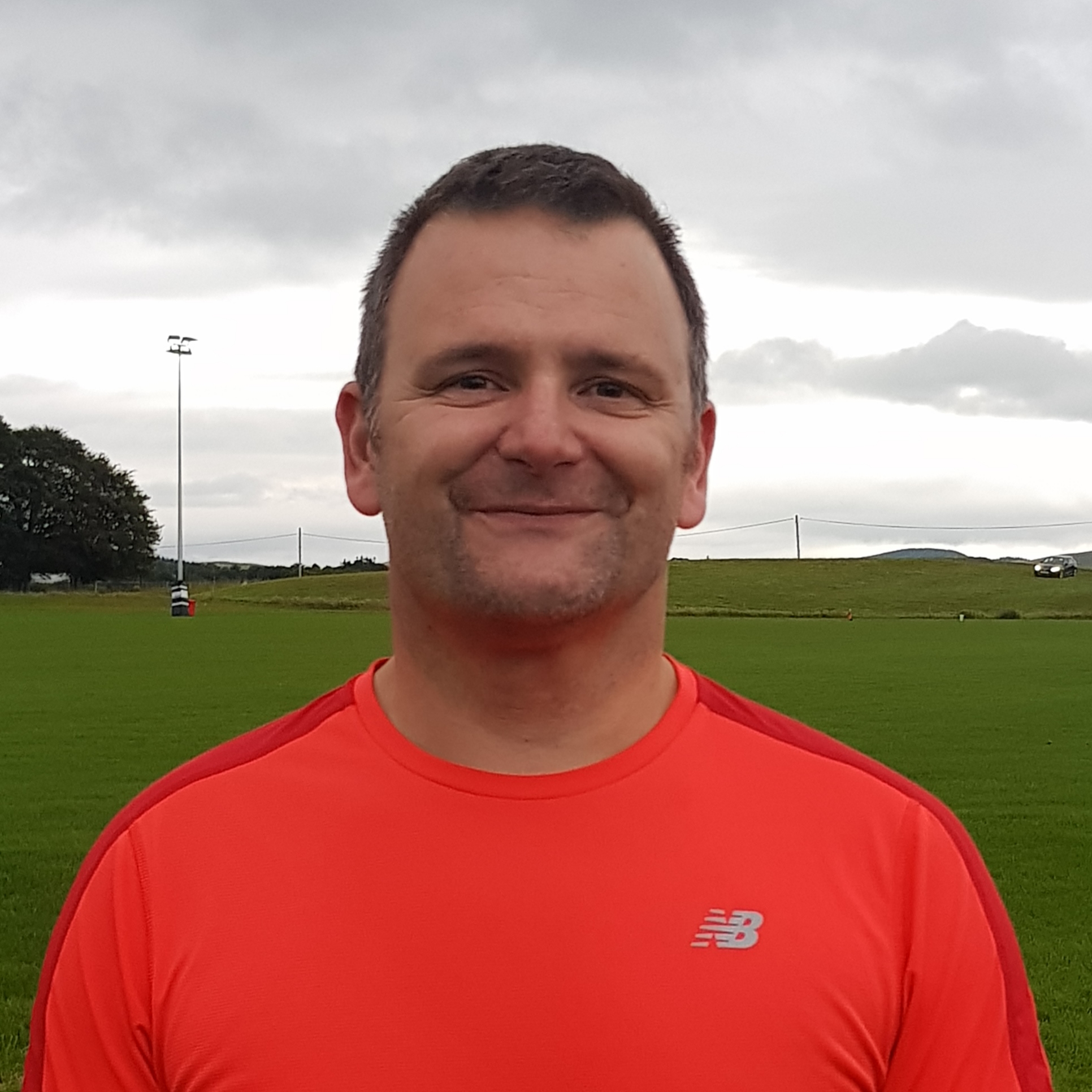 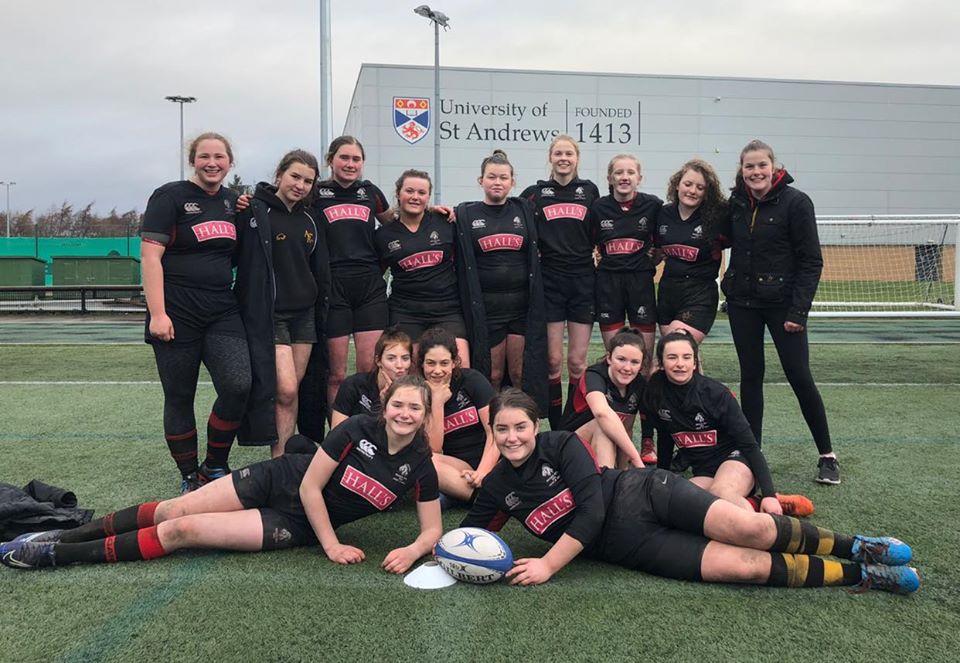 Cup. We pitted our skills against Stirling, Oban, Cartha/Hills & Highland. Losing the first two games, but winning the rest. I feel it may only be a confidence issue causing the losses! Our girls are still finding their niche in their new formation. That said they pla

yed some fantastic rugby which just got better during the day. They dug deep and played with heart. Our try scorers were Zoe 2, Eilidh 2, Isla 1, Lucy 1 & Erin 1. Capt Holly encouraged the girls wonderfully ably supported by Anna (VC). Tempers flared a little, but our girls demonstrated they can get their game heads on! A cracking day I think enjoyed by all.

Ladies and gentlemen your U16 Girls team (Biggar/Annan mix – possibly to be known henceforth as ABBA! Other names being considered) clashed with Cartha at their home ground and I can announce to you that this mix team did us proud! 44-17 (HT 17-17) The girls gelled splendidly and produced some excellent rugby in very muddy conditions. Couple of times we had a girl run the length of the pitch resulting in a try. I would expect this from the backs but one run was from our loose head prop Emily Wood-Kidd!!! Girl of the Game from Cartha was 10 Sarah Hunter and from us 15 Zoe Mitchell. Billy (Annan coach) and I are excited to see what they bring to the pitch next!

The Biggar girls did themselves proud once again and continue to benefit from more regular games.

Their opponents provided some tough opposition but there were wins for the U16’s and U18’s.

Today the U14’s put out 2 teams (8 a side) and took on a couple of visiting teams made up from Perthshire & Murrayfield Wanderers and East/West Lothian over 3 games (both Biggar teams playing each other last) with slightly longer half’s resulting in 20 min games.

Both visiting teams were very well drilled and skilled and where generally bigger than the Biggar girls. Despite this both teams played 2 hard fought games showing good grit and determination against better opposition and always tried to take the game to them.

Unfortunately the games didn’t go our way however pleased that when both Biggar teams played each other in the final match the standard of play and execution was excellent and something to take forward and build on.

The U16 Girls took on Murrayfield Wanderers at home for a 7-a-side 3 x 15mins match. We mustered 9 girls vs M/W 8 players. It was an enjoyable match to watch with excellent plays coming from both sides. I believe the end score was 55-25 (11 v 5 tries) to Biggar.

Great to see the girls come out of the gates blazing with tries from Farah Conn (Capt) (4), Anna Baillie (2), Sammy Shaw (2), Eilidh Armstrong (2) and Cerys Forrest (1). Most of the tries scored in the first 15 minutes.

Wandies came back in the second period with four tries and another in the final period, but our girls held ground, returning with some more tries. They did this with some excellent attacks using pace and good hand skills. Hard rucking and quick ball. Wandies were formidable in the ruck and with their attack ball handling.

Girl of the Game was Elise Knights (Vice Capt) for her foot work and tackling.

Biggar Girls Youth section played a festival courtesy of Waysiders Drumpellier at Coatbridge on Saturday morning. It was no surprise to find the pitches wet and muddy but despite this the Biggar girls did their club proud.

What a fabulous day of girls rugby at Waysiders Drumpellier in Coatbridge! This was a well organised event with music and food all day and great rugby being played by all teams. Biggar U14s made it to the final v Kelpies (Falkirk) and it was a fast paced high quality final with Biggar just losing out by one try. Under 16s also played some great rugby but paid for a slow start and just missed out on progressing to final. Well done to everyone involved today.

The 3rd Girls SRU festival took place at Clydebank RFC where over 150 under 14 and under 16 girls came to play and enjoy their rugby.

Biggar under 14s were able to field 2 teams and they both played Cartha, Hillhead/West of Scotland, Wayside Drumpellier and each other.  Once again the standard of rugby was high and it was good to see most teams were evenly placed and there was some good running rugby with plenty of tries scored.

The U16s,  although only fielding 9 players, started the day in confident fashion with good wins against Lenzie and West of Scotland.  However, after a couple of our players took some knocks, it was a hard battle against a Hills/Oban combined team and we had to regroup to play Waysiders.  It was a very evenly matched contest with biggar just getting the win by one try.  Unfortunately, during the game against Cartha, Lana took a very bad knock, resulting in the game being abandoned and a long wait of over 2 hours for the ambulance. Poor Lana has broken her collar bone and we wish her a speedy recovery.
The girls did extremely well, playing some fantastic rugby in cold and damp conditions and we hope all the girls recover as they travel to Stirling next Sunday for their festival.

Next week the girls head to Stirling, who are hosting a rugby festival, and we look forward to playing clubs from some of the other regions for the first time this season.

The overnight rain threatened to halt all events at Hartree Mill on Sunday – it put paid to the Minis trip to Lanark – but with the Girls Festival organised for a 9am meet and a 10am start things went ahead as scheduled.

As the final day of Scotland Women and Girls in Sport week this was a fantstic opportunity to showcase girls involvement in sport, with, of course, rugby as its prime focus. The fact that the weather was so poor might have led to cancellation but, undeterred, the girls turned out with a healthy touchline support from their families.

Although the pitches were sodden and the rain never stopped, the girls who came to the SRU festival on Sunday morning were in high spirits and never let the weather bother them.  The idea of the SRU festivals is for Clubs to bring as many or as few players in each age group as possible to ensure they all get as much rugby time on the pitch as possible.  On Sunday Biggar RFC had more than 40 players over three teams U14, U16 & U18, Other clubs involved where Waysiders Drumpellier, West of Scotland, Cartha Queens Park, East Kilbride, Hillhead Jordanhill and Lenzie.  At all age groups there was an excellent standard of play with plenty of tries scored with teams evenly matched. 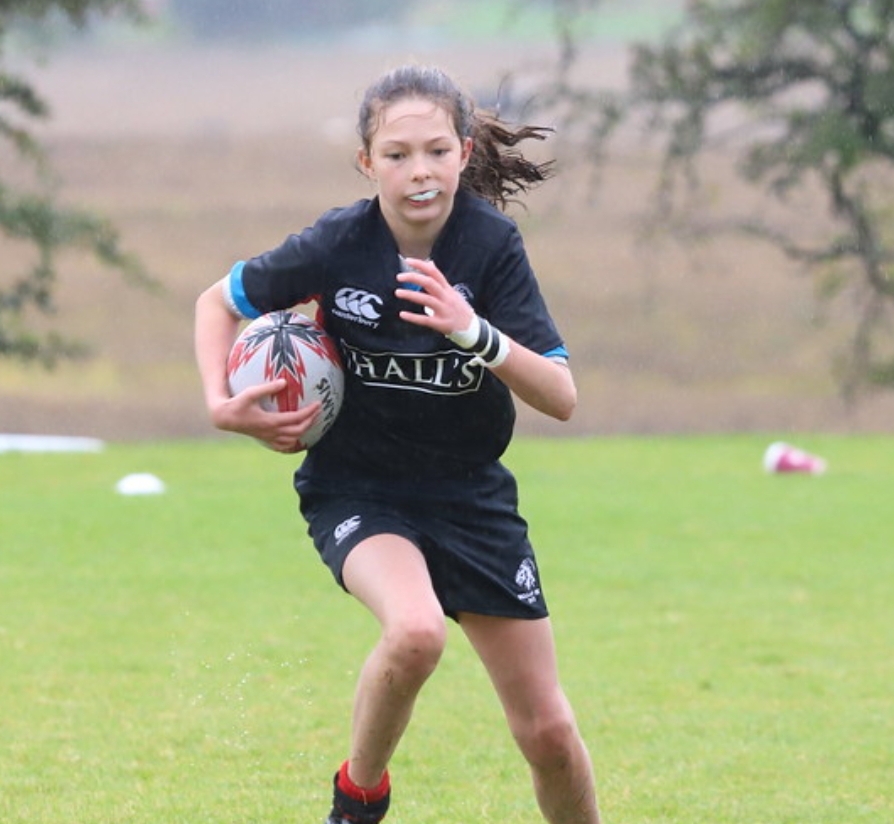 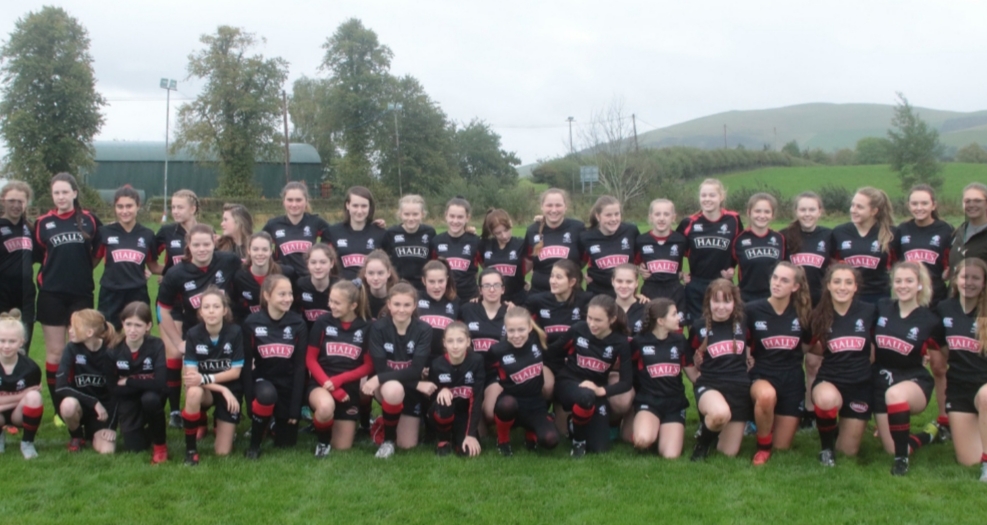 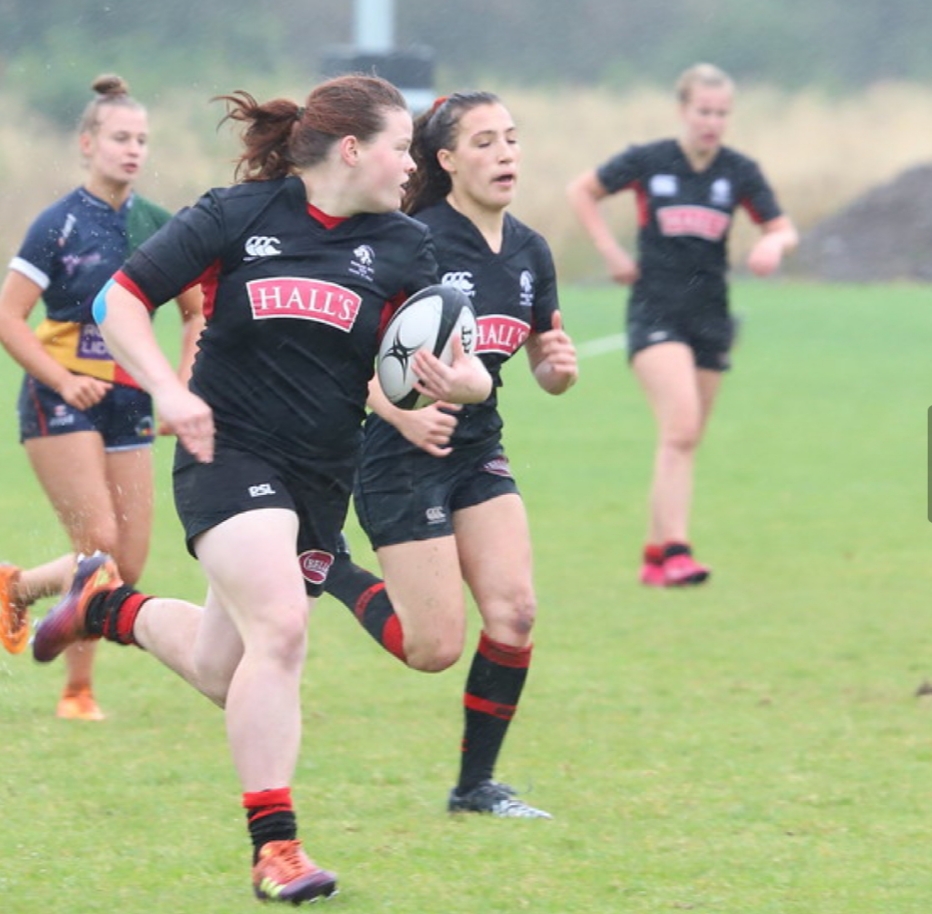 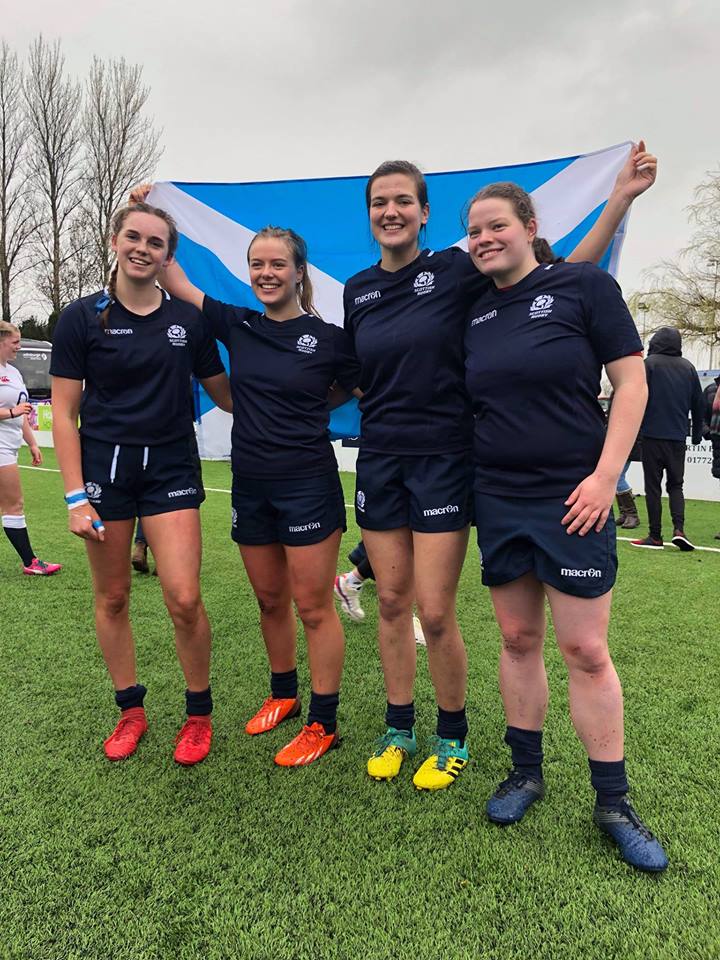